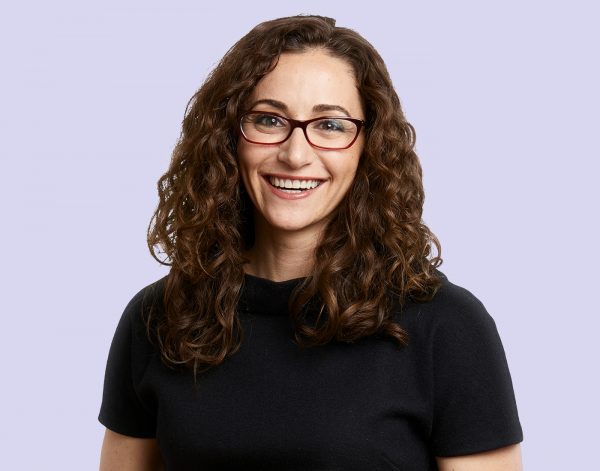 There are lists featuring women of influence.

Julie Papanek Grant, a partner at Silicon Valley healthcare and tech VC firm Canaan Partners, has managed to check both those boxes in the last couple of years. And while she begs off revealing what her biggest mistake has been and what she learned from it in a recent interview, Grant bears the dual hallmarks of what makes a successful person: passion and purpose.

Her LinkedIn profile attests to the warp speed with which she has gained clout within her firm. She joined Canaan as a humble associate in July 2013 after completing an MBA from Stanford. A mere three years later in September 2016, she was promoted to partner.

Aside from biopharma, she also has a deep interest in the convergence of pharma and digital health. She is currently a board observer at Glooko, a company that has developed an app to manage diabetes and has partnerships with Novo Nordisk; and Chrono Therapeutics, a smoking cessation wearable patch and companion app. But what emerges from a wide-ranging interview with Grant that encompasses entrepreneurship and advancing diversity in healthcare, is how firmly she is rooting for cancer breakthroughs and how strong science is what is most appealing to her.

What follows is a slightly edited Q&A with Grant.

MedCity: In the world of biotech, what is the one development you are truly excited about?

Grant: I am really biased, I’ll be honest, about our own portfolio. I think the estrogen and androgen receptor data that is emerging from Arvinas is potentially groundbreaking. It needs to translate into the clinic but the initial data shows incredibly robust potency and the ability to dose orally, which is quite relevant in the earlier stages of cancer in particular. I am hopeful that it will be truly transformative in those classes and for those patients with estrogen-receptor-dependent and androgen-receptor dependent prostate and breast cancer.

MedCity: What catches your attention when dealing with entrepreneurs?

Grant: I tend to lean into biological pathways and the degree of data that they have to support a thesis. So for me, it starts with the biology whether it’s a best-in-class product and understanding what specific attributes might lead to a better clinical profile

I’d say a solution that has a big impact and then rooting that in strong biology — that’s usually my strong bias. And then, for me, it’s less about the therapeutic area and more so about the clarity of the thesis and the ability to translate.

MedCity: What kind of attitude turns you off in an investor pitch?

Condescension. We work in an incredibly cross-functional industry in pharma and sometimes as an industry, we peg people to one function or another. I know really great biologists who have really, thoughtful commercial comments. And really great people from the commercial side who might give you great insight into biology.

Sometimes I find that people will answer the clinical question to the clinician and answer the biology question to the biologist. I find that in a lot of our teams, people don’t fit into a neat box. So sometimes when people communicate that way and are used to communicating that way, they turn off everyone in the room because I think most people don’t fit themselves into one box.

Show me that you can really engage with a team. Show me you can lead a diverse set of really smart people.

MedCity: What is one deal that you wished you were part of?

Grant: Evidation Health. [Evidation Health was founded in 2012 with the goal to get clinical and economic evidence and validation of digital health solutions to boost adoption and transform healthcare. Stanford Healthcare and GE Ventures partnered to launch the company, previously known as The Activity Exchange.]

MedCity: On a different note, how did you get involved with the Biden Cancer Initiative and then become a board member?

Grant: I met Greg Simon who was the head of the Moonshot program under the Obama-Biden administration. We started talking broadly about precision medicine, pharma pricing in oncology, accelerating clinical trials and a range of other topics. And I thought the Moonshot is one of the most effective programs that the government had launched.

I wanted to offer to volunteer to be part of it and asked him where I could be involved. Little did I know that the Trump administration would win and that the Moonshot program would take a different form and that Greg would no longer be in the executive branch. So I stayed in touch with him and said, “How can I help you keep this going” and that eventually transformed into the Biden Cancer Initiative.

So I would say that it was about being at the right place at the right time. The Biden Cancer Initiative’s focuses happen to align with very strongly with my professional expertise. There are three work streams that we are working on right now – one is data sharing, one is data integration, one is clinical trial acceleration.

Each of those has something to do with development, commercial, and finance. In fact, I have worked in all of those areas in oncology. There are not that many people in the United States right now that have worked across all of them.

MedCity: Plus, cancer is very personal for you. (Grant has a close family member battling the disease)

Grant: It is very personal. I can’t say how much we need faster cures. We need the navigation process for patients to be clearer and easier and affordability of pharmaceutical products is a problem and I think that pharma executives need to start saying that. They need to start saying “Yes, it’s a problem and yes, we need to find better solutions” just in the same way that they say “We need better cures.” I think they can say both and still provide great returns to investors.

MedCity: Is anyone actually saying that?

MedCity: Not to mention they spend a ton of money on marketing?

Grant: And these companies have hundreds of millions of dollars on their balance sheets. So it’s a little hard for me to say that they are cash-crunched. I don’t think anyone buys that argument. I think that the whole argument that the R&D expense argument for why pharmaceutical products are expensive doesn’t hold water.

MedCity: Switching tacks here, what role is Washington playing in the future of healthcare? Are you optimistic?

I think it’s incredibly difficult for healthcare to operate in a system of uncertainty. I think that near term is going to be very hard for non- and for-profit organizations to determine how to invest. They do not know under this administration how they are going to be paid. That is the biggest problem. Insurance payments, drug payments all of the above.

It has to do with the currency of healthcare. Without that clarity, I think that we’re going to see a slowdown of investments in certain sectors that don’t have high margins because they can’t afford t make a bad decision.

MedCity: If you were Hermione Granger, what one healthcare problem would you wish away with your magic wand?

Grant: I have to say cancer partially because I have family members. But I feel very strongly about pediatric, congenital disorders. I know people who are born with terminal genetic malformations and to have a child who is born into this world with very short potential lifespan is something that I hope all of these exceptional gene therapy and gene editing companies can try to address.

MedCity: Let’s talk about diversity in healthcare. I feel like the tide has turned in more ways than one.

MedCity: What role do white men have to play?

Grant: Big role, big role. I think that it’s hard to bucket white men into one category. I think that the majority of white men believe in diversity. I believe that they may not realize that they can do more to make a difference. The people in power today who play CEOs and fill the boards are predominantly white men. We need those white men to open up the door and put more women on the board, put more women, more people of color in the partnerships. It’s not just about women. It’s Latinos, and blacks and LGBT, but it’s general diversity.

I would just say that if they have an open position in a company and a recruiter presents five candidates and they are all white men over 50, they need to ask the recruiter to try harder. Or call a woman. Because we know them. We hang out together, we go to brunch together. If they can’t find a woman in venture to recruit in their fund, they should call us because we have 125 women who can write checks who [were signed up to come] to our dinner at JPM.

There are a lot of women out there with a lot of experience. With a Ph.D. With an MD, with an operating experience, having been in an executive role.

So name the box you want checked. We will go find her.

Correction: A previous version of the story had incorrect information about Evidation Health